What Are Healthcare Disparities

A health disparity is defined as a difference in the health care received by individuals from different groups. For example, Hispanic people in the US are two and a half times less likely than white people to have health insurance. Although heart disease has been decreasing in the US, Black people are still 30% more likely than white people to die of heart disease. Women are less likely to receive home-based care than men. Children living in poverty are four times more likely to be in poor health compared with children in families with income above the federal poverty line.

The list goes on and there are many other factors termed social determinates of health in addition to the examples above. Social determinates of health have a large impact on the care that people receive for both preventive and disease-related care. This contributes to an overall lower level of health at higher costs in the US compared with other industrialized countries. More importantly, it reduces people’s quality of life and contributes to continued inequality in our society.

Recently, it has been suggested that the word race should not be listed among risk factors for disease. Instead, it is suggested to state the effects of racism as the reason why a disease is more common, more severe, or less well treated in people from underserved populations.

The effects of racism certainly have an impact in primary headache conditions, including migraine. The rate of migraine or serious headache is similar across the socially defined categories of race and ethnicity. According to a National Health Information Survey in 2015, 17.7% of Native Americans, 15.5% of whites, 14.5% of Blacks and 9.2% of Asians had migraine or severe headaches. It may even be the case that Blacks, Hispanics, and Asians have higher rates of headache because health care disparities lead to underdiagnosis in these groups. Considering that there are near equal rates of headache for whites, Blacks, and Hispanics, the different care for headache each group receives is a clear example of health disparity.

One of the striking examples of healthcare disparity in migraine is the lack of studies examining differences in migraine symptoms, levels of care, and amount of treatment for people from different groups. Additionally, in clinical trials for potential new and recently approved migraine treatments, between 80% and 90% of all participants were white. A comparison of two of the most recent studies on how many people experience migraine (epidemiology) by Lipton et al. showed that almost 90% of the people included were white.

Of the few studies, that do exist, a clear difference in care for nonwhite individuals with migraine can be seen best in a study by Loder et al. This study showed that Black and Hispanic individuals are 25% and 50% less likely to see a health care provider for migraine. They are also more likely to receive the vague and imprecise diagnosis nonspecific headache disorder, instead of a precise type of headache. This is important because different types of headaches have different treatments. Black individuals have also been more likely to be prescribed opioids for headache, which is not considered best-practice treatment.

Overall, it has been shown that Blacks are systematically undertreated for all types of pain, not just headache. This is not simply because of differences in health care access but is also about attitudes and false beliefs about the construct of race. A 2016 study by Hoffman et al. showed that half of medical students and resident doctors who were asked agreed with the statement that Black people have thicker skin, which is untrue. The same doctors who agreed with that statement were more likely to agree that Black people have a higher tolerance for pain (also false) and to give less treatment for pain to Black people.

For Black and Hispanic women, who are twice as likely as men to have migraine (as in all socially defined races and ethnicities) there is the double disparity as women tend to receive a lower level of health care than men.

The stigma, or social prejudice, around migraine is one of many things that make living with migraine difficult as shown by a 2019 Health Union study in which 47% of people surveyed said that others “don’t understand that migraine isn’t ‘just a headache’.” This stigma plays out on a day-to-day basis as difficulties at work and home. Many people with migraine (from all groups) have a sense that people without migraine feel they should “just tough it out.” This is magnified for people of color considering the false belief about levels of pain tolerance. It also especially unfair to women of color who are not only expected to have higher pain tolerance but also to grow up faster and carry more family burdens sooner than their white peers.

What Can Be Done?

Awareness and advocacy have done much to address and reduce the stigma of migraine (although more is certainly needed). So too, speaking up about social determinates of health and advocating for equality are some important steps that each of us can take to make a difference. Education about migraine that reaches into Black, Hispanic, and Asian communities is also important to help individuals go farther than a nonspecific headache diagnosis and thereby access better care.

We at GHLF feel that Black Lives Matter and that we need to continue to raise awareness and work to end health disparities. If you are interested in getting involved in healthcare advocacy join our 50-State Network of patient advocates. 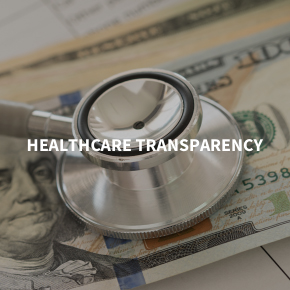 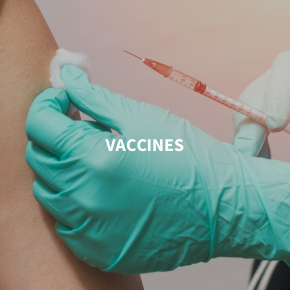