VETERANS COPING WITH MIGRAINE: ‘I STARTED GETTING DEBILITATING MIGRAINE ATTACKS WHILE SERVING IN THE GULF WAR — AND THEY NEVER WENT AWAY’

This story was told to the Global Healthy Living Foundation by Eula Moore-Marshall, a 56-year-old veteran from Blue Island, Illinois, who started having migraine attacks during her time in the Gulf War. Head pain is one of several symptoms reported by veterans who served in the Gulf War, in what is commonly known as “Gulf War Syndrome” or “chronic multi-symptom illness.” This is Eula’s story with chronic migraine pain, and what she’s learned from her experience.

I joined the military in 1983 because I didn’t have enough money to finish college. About a year later, I went back to school — but I ended up spending 21 years in the military.

My job was as an army administrative specialist, which is basically like a clerk typist, in the 416th Engineer Command out of Darien, Illinois. I was in the reserves and also ended up training for nuclear biological chemical warfare.

Throughout my time in the military, I was able to do a lot of traveling. It was a great experience to go to different countries and see how other people lived. The places I visited included Germany, Honduras, Japan, Korea, Canada, and Italy.

Then, we were called to go to Saudi Arabia during the Gulf War. I was there for five and a half months. It was different from your regular training for war. You’re actually there in the conflict and always on guard.

It was a shock to the system going from training to real life — and to put what you had trained for through so many years into actual action.

When the Migraine Attacks Started

I had secret clearance and typed up contracts for different units that would come into Saudi Arabia in preparation for the conflict. I was in the nuclear, biological, and chemical warfare group, which was responsible for setting up a contamination village just in case we were hit with chemicals.

That’s when my migraine attacks started. It was December of 1990, and I never experienced head pain like that before. First I would get a sharp pain in the right front part of my head, like an ice pick headache. After that, my head would throb, and it was a nagging pain that wouldn’t go away.

It knocked me out to the point where I couldn’t do anything — I couldn’t see and couldn’t concentrate. I could be walking, talking, or working, and I’d have to stop in my tracks and close my eyes because it was so painful.

Each migraine attack would last for three to four days, and I had one 22 days out of the month.

How I Was Tested and Treated

I had tests done when I was in Saudi Arabia and when I returned home, but everything was normal. MRI and CAT scans gave no indication as to why I was having migraine attacks.

When I was in Saudi Arabia, I went to the sick hall and the doctors gave me pain medications called Midrin and Fiorinal (which is a narcotic and not legal here in the United States). While medication helped to shorten the duration of the migraine attack, it would make me really sleepy. Because of that, there were times when I could not take my medication and I had to suffer through the pain.

The sick hall doctors wrote a prescription for me to rest upon having the pain, but I wasn’t able to do that because it was wartime. The officers and the people I worked with would have a tendency to think I was trying to get out of work, but I wasn’t. It was just that painful.

There were times when I was typing in a MOPP suit (a chemical suit), with a gas mask and helmet. I’d be in excruciating pain with all of this equipment on.

After I returned home from the Gulf War on May 15, 1991, I still had migraine attacks three to four days a week. I would have such bad pain at nighttime that I couldn’t lie down. If I did, my head would throb and hurt even more, and then I’d have to get up to throw up.

Two nights out of the week, I was in the bathroom sitting next to the toilet. I would roll into a ball and sleep there, right on the floor.

Since I was back in reserve status at this time, I also held a full-time civilian job. The migraine attacks had gotten so bad that my eyesight left one day at work, and I couldn’t see anything. Everything went black. My supervisor and my coworker walked me to the bathroom and helped me into the stall. Once I sat on the toilet, my eyesight finally started to return.

Over the years, my neurologist would prescribe migraine medications like sumatriptan (Imitrex). The pill form didn’t do anything for me, so my doctor suggested that I try the shot form. Instead of making my migraine attack go away, the shot made it worse. It felt like my brain was trying to escape from my skull.

My civilian job ended up letting me go because my migraine disease kept me from working. Years after I was fired, I found out that because the chronic migraine happened to me when I was off at war, I was actually protected as a disabled veteran.

But at that point, I was too far beyond the statute of limitations to place a claim and try to get my job back.

I wound up getting another job working for the state of Illinois in the Department of Human Rights, but I ended up going on medical leave because my head was hurting so bad that I couldn’t go to work.

Today, I still have migraine attacks three to four days per week. Most mornings, I wake up to a migraine attack. I make sure my 17-year-old son is getting prepared for his school through remote learning, and then I come back to my room and get back in bed with a pillow over my head. The TV is off, there’s no noise, and I just shut down completely.

My son is able to cook and do laundry for himself because over the years I taught him how to do those things when I couldn’t. At a certain point the migraine attacks would be so bad I’d just have to close my eyes and cry.

I no longer take Midrin because it’s not produced anymore. I have tried Botox, but it didn’t work for me. Over-the-counter pain relievers don’t work. I have tried acupuncture, which helped, but the pain would come back after a few days.

Right now I’m using Cefaly, which is a little sensor that sends electric pulses through your head. It tends to knock down the intensity a little bit, but I still have the pain.

A note from GHLF: Treating migraine disease can be complicated and what works or does not work for someone doesn’t mean it will work or not work for you. It’s important to discuss your individual situation with your health care provider.

This Is What I Want Others to Know

As soon as something starts going wrong with your body, do research on your symptoms. The more research you do, the better the communication between you and your doctor.

Also, know your triggers. I’ve since learned that weather is a trigger for me. I can pretty much predict that it’s going to rain because I’ll have aura or some type of a dull aching pain.

Finding groups of people you can talk to is very helpful. I found a chronic migraine awareness group on Facebook, and these women and some men were talking about their pain. I was like, “Oh my gosh, they’re experiencing the same thing I am!”

That’s helpful because you can otherwise feel so alone. You feel like no one can help you, and you can become depressed. You have to be careful and aware of certain mental changes — and know that there’s help out there.

I’ll put it this way: Having migraine attacks is a fight for your life. It has changed my life completely. 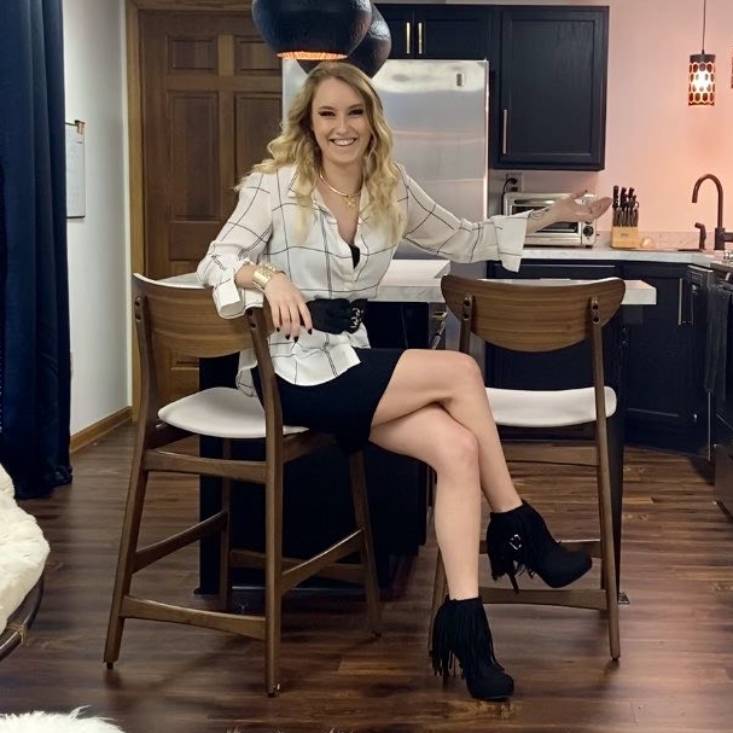